Hit enter to search or ESC to close

Nancy Roberts has been a retail entrepreneur in emerging industry since the 1980s. She opened the first organic and hydroponic garden center in the southeast in 1988, operating and managing New Earth Organics and Hydroponics until she sold it in 2018. As an early pioneer in that industry, she helped influence it's growth, including speaking at the International Hydroponic Association Conference on Branding and Marketing in the cannabis space. In 2015, Nancy became the first business member of the Kentucky Hemp Industries Association, and launched New Earth Hemp Solutions. In 2018 she rebranded New Earth Hemp Solutions as One Love Hemp Dispensary and Distributing, establishing both retail and wholesale CBD sales. In addition to co-founding and operating One Love, Nancy is a cannabis speaker, consultant, and educator. Nancy has taught multiple CBD and terpene classes in Kentucky, and speaks nationally on CBD, terpenes, and how to succeed in retail in the highly competitive hemp industry. 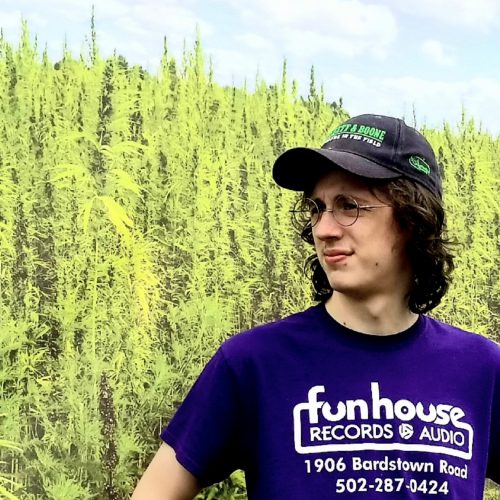 Alec is behind the case in our Highlands dispensary, and is very knowledgeable about hemp and terpenes. He is a member of a local metal band and also a numismatist in his spare time. Alec spent time working on a farm in the Emerald Triangle before coming back to Kentucky and joining the One Love team. His favorite products are the Gummy Girl Lemon Jack gummies and the Earthy Brown's Lotion Stick. 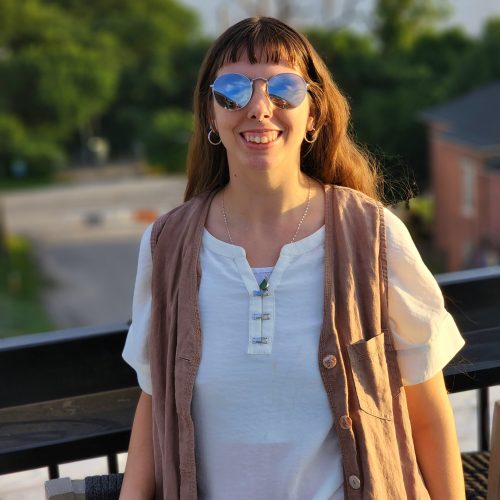 Sabrina wears several hats with One Love! You may find her updating our website, assisting customers, or teaching at our educational events. Sabrina is currently finishing her degree in Wellness Coaching, and is a certified herbalist. She is an accomplished artist and enjoys creative endeavors of all kinds and gardening. Her favorite products are our Ancient Aromas bath bombs and the Gummy Girl 50mg Blue Dream gummies. 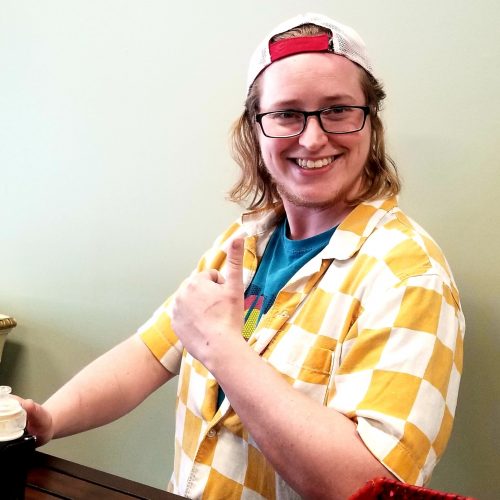 Darik is responsible for making sure the One Love team is the most educated and helpful staff in the state! Darik is a natural teacher, and has been in leadership and training in the local restaurant scene. He is partnered on a developing hemp brand and enjoys canoeing and spending time outdoors. Darik loves the energy of remote events so you will probably see him in the One Love tent when we do pop ups! His favorite products are the Recreational Delta 9 THC syrups and our Recreational Vapes, especially Unicorn Piss! 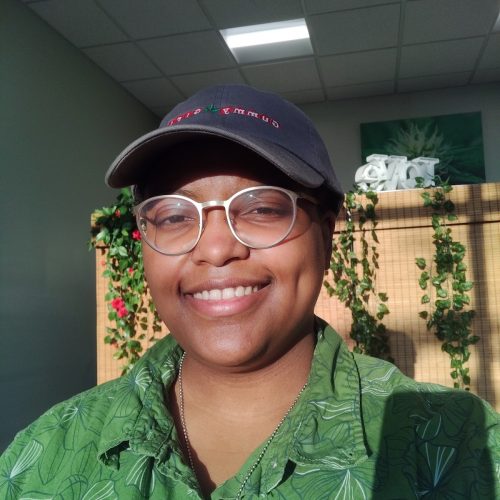 Brooks has come to One Love with years of cannabis and tech knowledge in tow. Brooks is our resident tech expert. They are always happy to lend a helpful hand. You can often find Brooks sorting through our flower selection and coming up with new flower ideas. Their favorite products are the Jack Frost CBG flower and WYLD Pear CBG gummies. 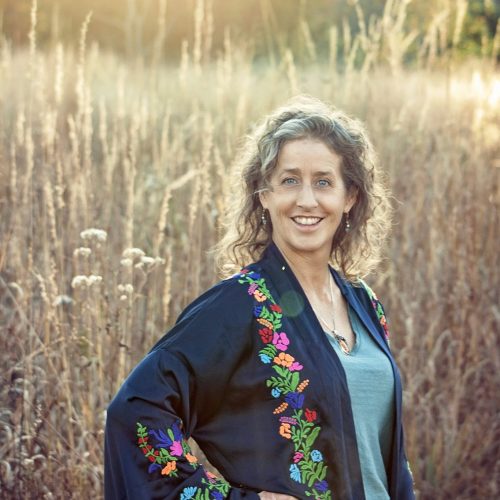 One Love co-founder and CAO, Jana Groda, has been a part of the Kentucky hemp movement since 2015. CBD became a game-changer for Jana, as she recovered from injuries sustained in a forty-five foot rock climbing accident. Since that time, Jana has developed a deep and meaningful relationship with hemp through her personal experience, academic courses, extensive study, participating in a Kentucky-based grow, obtaining a seat on the board of the Kentucky Hemp Industries Association (“KYHIA”), and being elected Vice President of the KYHIA. As a Multiple Sclerosis and Traumatic Brain Injury patient, Jana has extensive knowledge of and experience with alternative therapies, including cannabis. She has been a cannabis educator since 2016, teaching classes in Louisville, Lexington and Campbellsville, Kentucky, and also in Franklin, Tennessee. Jana was selected as a speaker at the National Hemp Expo in 2018, and the Southern Hemp Expo in 2019, and in November 2019, the Foundation for Women’s Cancer invited her to speak at their Gynecologic Cancer Education Course. Jana holds a second level interpener certification from the Trichome Institute in Denver, Colorado, and she is a national consultant for CBD retail, distributing and formulation, and as a terpene expert. Recently, Jana earned her certification as a Culinary Nutrition Expert, greatly increasing her knowledge of food as medicine. In 2018, Jana teamed up with Nancy Roberts to realize their dream of opening a dispensary in Kentucky. At One Love Hemp Dispensary, she can be found doing what she does best -- “talking terps,” educating her customers, and spreading the love of hemp. 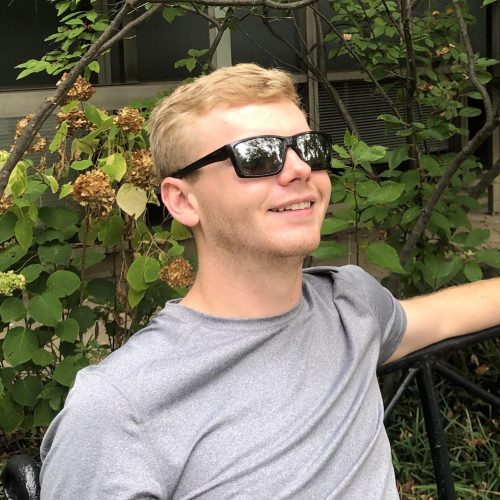 Matthew helps out at the Highlands dispensaries a few times each month, while he maintains a busy life of pursuing his Master's and working as a teaching assistant. We are grateful to have him as often as possible, as he is incredibly knowledgeable and loves the plant! You will definitely enjoy talking with Matthew if you get to meet him. Matthew's favorite products include Earthy Brown's 2400mg oil and the Realize drink mix. 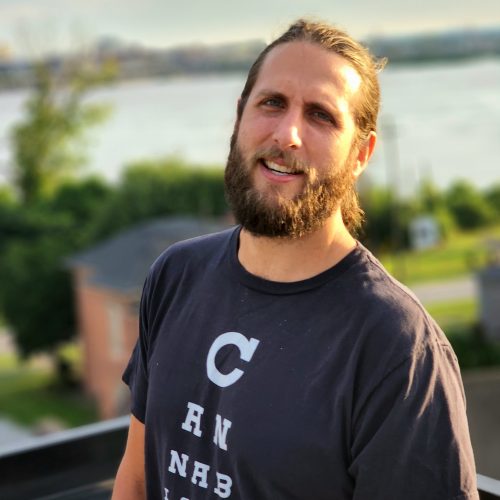 If you have stopped in our Highlands dispensary, you have probably had the pleasure of meeting Mat! He has worked in One Love dispensaries and behind the scenes since 2018. Mat has a green thumb and is responsible for all those free veggies that you sometimes see us giving away! He also makes the best dill pickles we have ever tried. His additional interests include rock climbing and, of course, cannabis. Mat's vast knowledge of cannabinoids and terpenes make him an invaluable resource for products and consumption. Mat's favorite products are Gummy Girl Delta 9 Bliss gummies and the High Vibration Delta 8 THC/CBD Icy Relief Roll On.
Replace my picture

Hope is a talented singer/songwriter that you can connect with at www.hopeahlers.com! She is incredibly talented and we are happy to have her plugging away with One Love as she builds a career in music. Whether Hope is behind the scenes or sending out your ecommerce order with a personal touch, she is always putting a special spin on what she does! Her favorite product is our Delta 8 THC Watermelon Zkittlez gummies for sleep. She also makes delicious social tonics with our Delta 9 THC syrups by Recreational Brand.

More about One Love

Please verify your age to enter.

You must be at least 21 years of age to enter this website.